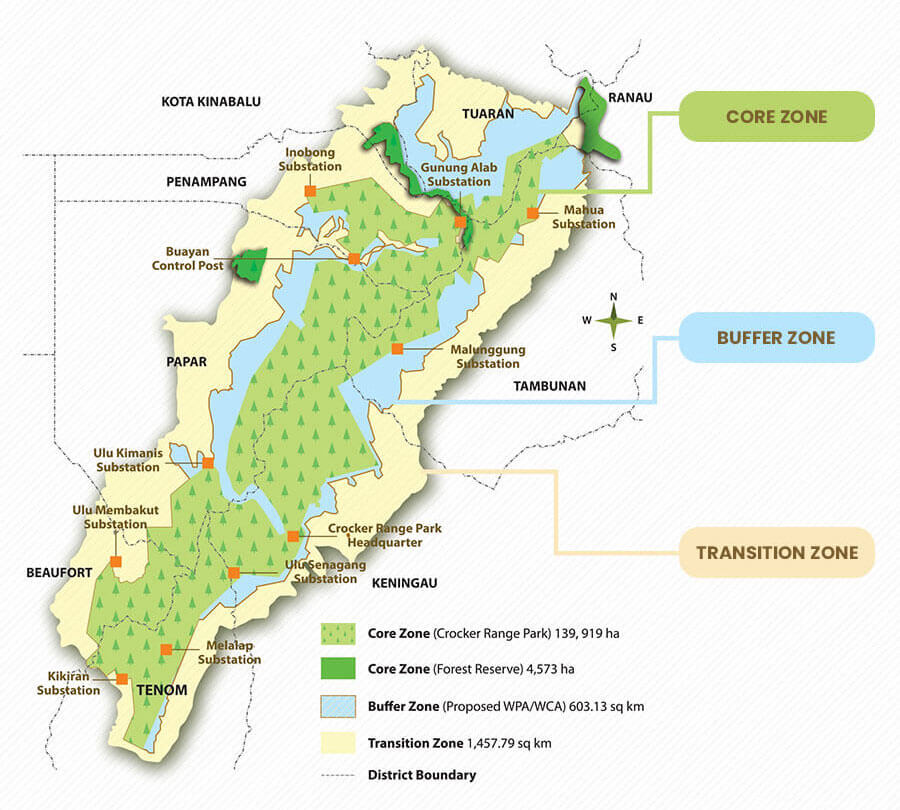 Crocker Range Biosphere Reserve (350,584 ha) which is one of the largest areas for conservation in the island of Borneo has been officially declared as a Biosphere Reserve and listed as one of the World Network of Biosphere Reserves (WNBR). Biosphere reserves are areas of terrestrial and coastal/marine ecosystems,o r a combination thereof, which are internationally recognized within the framework of UNESCO's Programme on Man and the Biosphere (MAB). They are established to promote and demonstrate a balanced relationship between human and biosphere.

The CRBR is covering part of nine (9) districts including areas within Kota Kinabalu City Hall. The organisation structure is empowered by the State Government of Sabah and led by Sabah Parks under the Ministry of Tourism, Culture and Environment, Sabah. The maintenance of CRBR’s status is guided by a Management Plan. The formulated strategic action plans are implemented by relevant departments and agencies, stakeholders, and identified local communities. The secretariat and facilitation of the CRBR Management Sabah Parks and Natural Resources Office.

Crocker Range Biosphere Reserve was the result of Borneon Biodiversity Ecosystem and Conservation Program (BBEC Phase I-2002/2007 & II-2007/2012), and Sustainable Development for Biodiversity Conservation (SDBEC-2012/2017). The programmes were the technical cooperation between the government of Malaysia (State of Sabah) and the government of Japan (Japan International Cooperation Agency/JICA).

The name Crocker Range Biosphere Reserve (English) or Rizab Biosfera Banjaran Crocker (Malay) was officially proposed by the Cabinet of the Sabah State Government, agreed by the State Party (Ministry of Natural Resources and Environment, Malaysia), and finally endorsed by the MAB-ICC during its 26th Session.

However, the environment of CRBR is under constant threat due to changes in socio-economic demand for development, and land user patterns around the area.

Thus, the Government of Sabah, Malaysia is committed to protect and conserve the CRBR by submitting a nomination dossier to join the 117 participating countries in the World Network of Man and Biosphere. 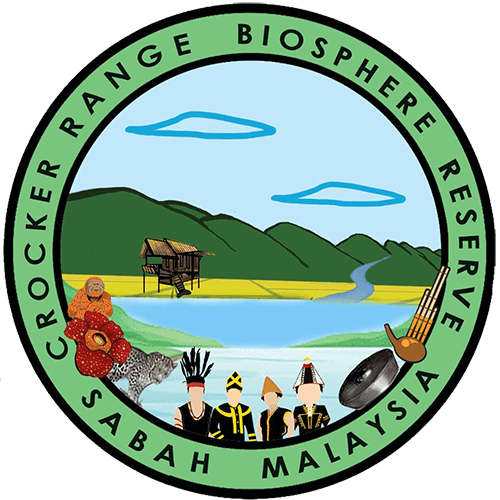